AmbiExplorer allows you to listen and explore ambisonic B-Format and UHJ audio files played as stereo. It does it by decoding to binaural or to stereo virtual microphones. You can decide were you want to be facing in the soundfield by moving a virtual 3D panner that lets you rotate and set the angles for either the virtual human head or the virtual microphones. You can set the polar patterns for the microphones ranging from omni-directional to bi-directional.
Instead of manually moving the panner you can also use the positioning sensors in your phone to point in the direction you want to face. This can give you the option of attaching your phone to the top of your head or headphones and get a more realistic immersive 3D sound experience (head tracked binaural).

TetraFile is an Android version of the open source tool included in TetraProc by Fons Adriaensen. If you already have TetraProc calibration files for your tetrahedral ambisonic microphone (for example like the ones provided for Core Sound’s TetraMic), you can now connect your audio recorder to a USB enabled Android device (USB OTG), transfer your recordings, convert them to B-Format and listen or share using AmbiExplorer or any other app. 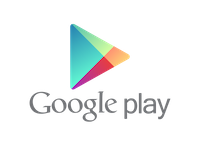 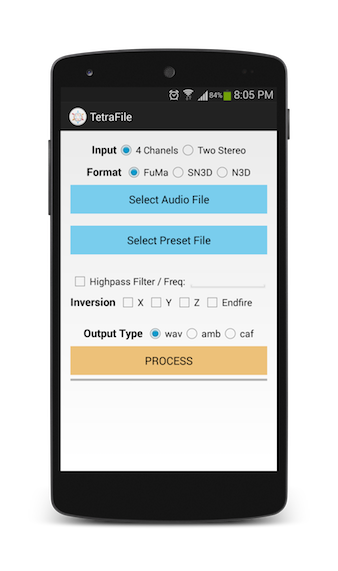